Citation Healthcare Labels, LLC - When Labeling Goes Bad: The Case of the Opposite Hands

When Labeling Goes Bad: The Case of the Opposite Hands

Everything was running smoothly in the run-up to launching the new drug formulation.  Development of the drug finished ahead of schedule; regulatory requirements had been met; and intellectual property rights secured. Next up were the all-important clinical trials to demonstrate the efficacy of the drug.  An aspect of these trials would be to package and seal cartons of both the active formulation and the placebo formulation. This took place in two separate packaging rooms, in order to keep placebo and active drug segregated prior to shipping.  Of course, it was vitally important that the packaging for both look exactly alike to maintain the integrity of the trial. To this end, one common tamper-evident seal was printed and converted, and would be used to seal both placebo and active drug cartons.  Same carton. Same seal. No difference between the two packages.  Or so it seemed….

One of these things is not like the other 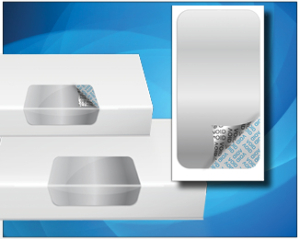 The tamper-evident seals for these packages were printed with a ‘VOID’ pattern, and this pattern ran in one direction across the width of the label.  When the packages arrived at the site of the clinical trial, it was quickly discovered that there was a problem: One set of packages had the seal applied so that the ‘VOID’ pattern ran opposite of the other package. This was a major issue, as any differences between the placebo group and the active drug group, no matter how subtle, basically un-blinds the study.  How could this happen?

Back to the packaging rooms

An investigation was undertaken to get to the root cause of the application issue – why were the tamper-evident seals applied in opposite directions? Packaging staff from each room were questioned in order to find answers, and to prevent this situation from occurring in the future. Of primary interest to the team tracking down the cause were the people who put the seals on the cartons.  And once the team saw how both of these people handled the manual application, the root of the problem was discovered. It was a simple case of right-handed vs. left-handed.  The right-handed ‘labeler’ pulled the seal off the liner in the exact opposite direction as that of the lefty, and applied it in an opposite direction as well.  All the preparation and steps taken to ensure a totally blind study didn’t take into account that one labeler would be right-handed and the other left-handed, and that this difference would have big consequences.

Looking back, there are a number of ways this situation could have been prevented, but hindsight is always 20/20.  It took the occurrence of the mistake to reveal the need for a different process. Find out what steps were taken by Citation experts to ensure this misapplication scenario doesn’t happen again. Ask Graig Daley

For more than 50 years, Citation has been providing quality and successful clinical labeling solutions to our valued customers. If you would like to find out more information regarding Citation’s current offerings, please reach out to Graig Daley at sales@citlabels.com.